C++ is a popular programming language in the video game industry. For instance, the language was used to create World of Warcraft.

It is, however, quite a difficult language to learn.

Over the past years C++ has been fairly consistent in its place on the list of Top Languages Over Time according to GitHub's State of the Octoverse. It's no. 6 on the list, behind such languages as e.g. Python, but ahead of TypeScript.

In a battle between an absolute computing classic, an interpreted C++, in the ring for 35 years, and a ten-years-younger Python, an object-oriented high-level language with growing popularity in most commercial segments, determining what’s important for us is key. C++ offers speed and, with high skill of a developer, is often the most efficient solution to a given problem. Python, on the other hand, offers elegant and simple code, easily maintained and joyfully created. Both have die-hard fan bases, although C++ seems to be mostly popular amongst experienced programmers, while Python gets fans across the board. So what’s better? We compare the most important aspects of these two legendary languages. This is C++ vs. Python: the final throw down.

Stack Overflow’s 2020 was the 9th consecutive year for the survey with 90,000 developers responding. More information on SO’s website: https://insights.stackoverflow.com/ 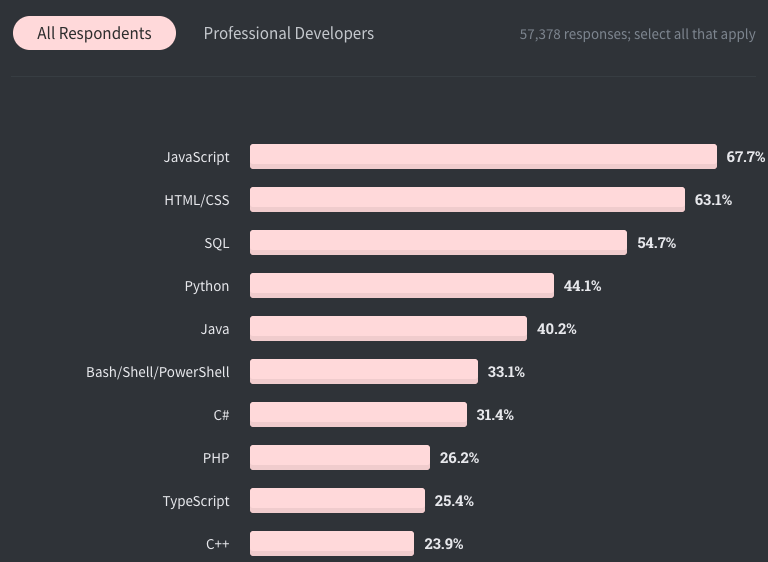 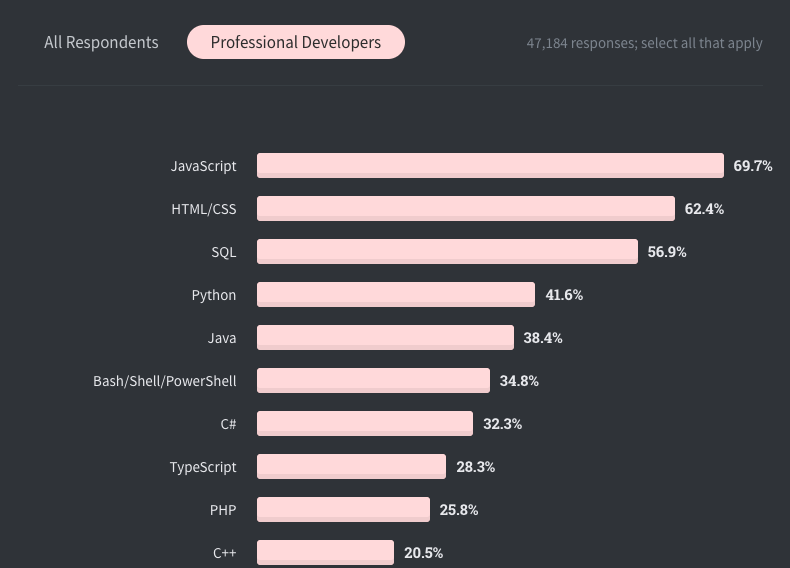 Other rankings comparing Python vs. C++ in numbers

Python vs. C++ from the managerial perspective

Python vs. C++ from developer perspective

Developers focus on different features when looking for a language to learn and develop in.

C++ and Python are two distinctly different programming languages, both with very diverse features and applications. Python’s simple syntax and high readability come with slower speeds of execution relative to C++. While the latter offers every feature imaginable in system programming, Python’s best for machine learning development and rapid prototyping. When choosing between the two, one crucial question should come to mind. What’s more important: speed of development or speed of execution? If it’s the former, Python, with its robust community and rapid prototyping, takes the crown. If it’s the latter, C++ compiled nature makes it a foremost choice for speed-sensitive apps, such as games.

Python vs. C++: differences and uses